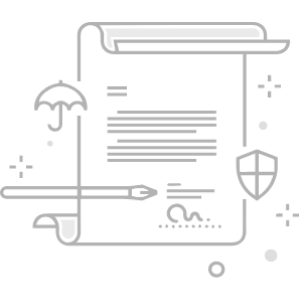 ما هي ضمانة زوودمول؟ يحصل كل من يتسوّق في زوودمول على الضمانات التالية:
0
0 التقييمات
[THE STORY OF THE FAIRY KING PAN] - Faeries are hard-working and take their role as care-takers of the planet very seriously. Pan, the god of the Natural World, helps them in their endeavors, and is another ally for humans in the stewardship of the earth. Including the stake they are between Dandelion 22cm, pole 60cm, fairy 12cm
[UNIQUE FASESH FAIRY SHAPE] - Each fairy is based on a thick and crude skeleton that is gradually wrapped with finer and finer wires, giving them muscle mass and, finally, "skin." At the core of each fairy is a pebble that Wight leaves there as a signature of his work. Some of the stones also have engraved messages on them. Wight also creates giant dandelions that seem to disintegrate in the wind, despite their being made of steel.
[TO BE AN INTELLIGENT AND THOUGHTFUL BEING] - If you ever have the chance to meet with Pan, and I hope that you do, you will find him to be an intelligent and thoughtful being. Gentle but powerful, Pan leads the faery realm in a continual process of repairing what man has destroyed in his search for oil, precious gems and metals, and through intensive farming practices.
[BUILD YOUR OWN WONDERLAND GARDEN] - If you happen to have an cottage garden, you'll be well-liked by faeries. They love all plant life, but are especially drawn to nasturtiums, dianthus, foxgloves, daisies, daffodils, tulips, grape hyacinth, umbelliferous plants such as dill and carrot, columbine, bleeding heart, and of course, ferns and vines
[BEST FRIENDS SET OFF INTO THE WORLD] - A little fairy out collecting wishes found a great big dandelion. It was too heavy to fly with, so she set off to carry it home. The other fairies offered to help but she was too proud and insisted that she could cope. Little did she know that all the way back, the wishes were falling out. When she arrived home, all the wishes had gone. Disappointed, as she returned to each wish, she discovered the story of who and what had happened.
Specifications:
Style:Type A / Type B / Type C / Type D
Dandelion size: 22cm
Pole: 60cm
Fairy: 12cm
Colour:As shown
Material:Plastic + Metal

Package Contents:
1 * Garden Decorative Stake
Only the above package content, other products are not included.
Note: Light shooting and different displays may cause the color of the item in the picture a little different from the real thing. The measurement allowed error is +/- 1-3cm.